Electrical Currents can Improve your Vision

The thought of pairing electricity and medicine might make you conjure up all sorts of spooky thoughts and images, but a new study from researchers at Vanderbilt University suggests that maybe soon, the only images it’ll make you conjure will be the crystal-clear ones you see with your eyes, as electrical currents through the brain might prove to be the answer for sharper vision! 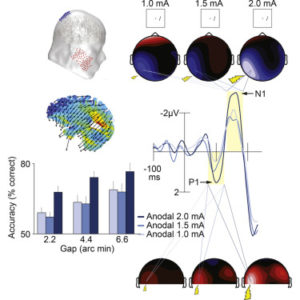 The study, recently published in Current Biology, found that just 20 minutes of mild electro-stimulation of the visual cortex (the part of your brain responsible for processing visual information) could improve your vision for up to two hours.

For the study, the researchers gathered 20 young, healthy adults with normal or near-normal vision, and performed a baseline test of their visual acuity by presenting them with pairs of vertical lines and then asking them to determine whether the lines were perfectly aligned or slightly offset from one another. This gave the researchers a very precise measure of each subject’s visual acuity (sharpness of vision and ability to process images).

After a mild electrical current was applied to the visual cortex for 20 minutes, the subjects were asked to perform the test again. Shockingly (pun very much intended), 75 percent of the subjects showed a measurable improvement in their ability to determine the alignment of the lines! 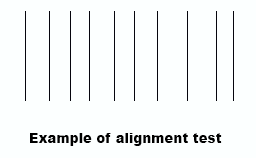 For a more relatable example, the researchers also had the subjects read a standard eye chart, like the kind you would see in the offices here at Lifetime Eyecare. They found that, on average, the subjects were able to read 1 to 2 more letters on the chart after the electro-stimulation process. Interestingly enough, they also found that the subjects who had come in with the best vision saw only marginal improvements (if any), while those who had poorer vision saw quite significant results, even beyond a 2 letter improvement!

So, what exactly is happening in the brain to cause these changes? Even the researchers themselves aren’t quite sure. The most common thought so far is that the electrical currents are effectively “super-charging” your neurons (the cells which transmit information through your brain), allowing them to process the visual images faster than normal. How’s that for a superpower? 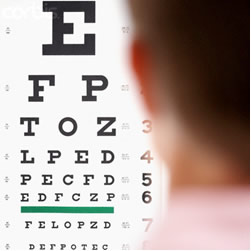 Now, before you get any crazy ideas about hooking batteries up to your brain, the researchers stress very strongly that much more clinical testing is required before these techniques can be safely applied outside of a scientific setting. We’re a long way off from seeing what this really means for the future of eye care, but the researchers are certain that these developments will help answer a lot of questions about the relationship between our brains and eyes, and that the possibilities really are limitless!

Get Your Free Pair of Single Vision Lenses!

For more info on our amazing eyeglass and lens specials, please CLICK HERE.

We are voted #1 Best Optometrists and Eyeglass Centre in New Westminster for a reason.